Several months ago, we met some fellow vanlifers in San Diego and one of them introduced us to Yerba Mate. (We’d been curious ever since we fell in love with Rodrigo shouting, “Hailey! Mate!” in Mozart in the Jungle.) Stephen quickly fell in love with the earthiness of the tea, and we set about finding some to keep on hand. This did not take long. As our friend had done, we made our first batch in our French Press. It was…ok. For starters, to clean our press properly in the reallocation from espresso roast to yerba mate took a LOT of water and paper towels. And then, a LOT of the loose leaf tea still made its way into my husband’s cup. Basically, it was a huge mess.

However, rather than buy another French Press (ain’t nobody got space for that in a van), Kilty Man set about finding a straw such as those used in traditional yerba mate gourds. (Cue Rodrigo in Mozart…) Why, you might ask? Well it’s SO SIMPLE! Because he researched. He researched how yerba mate is commonly enjoyed. He researched the difference between drinking from a traditional gourd versus a conventional mug. He researched the straw. He learned it was called a bombilla. He found it online at Amazon, but, alas, living in a van makes easy peasy Amazon Prime… not so easy. So then we set about trying to find one in our travels. We tried coffee shops. We tried tea shops. We tried fair trade shops. Nothing. Finally, he ended up where his research initially led him – to Amazon. So he ordered it. And it arrived. To our Texas address of course. So then we waited some more… until we could schedule a mail drop. This took a few months. But he did not drink mate in the meantime, despite loving this earthy-little-chock-full-of-nutrients tea. No he did not. And why? Because he was WAITING. Waiting for his bombilla. So he could drink it… properly. Like the Argentinians. Except, no gourd. But otherwise… like the Argentinians! It was like waiting for Christmas morning to play with your new toy.

And THAT… is how I know that my van will hold up over time. Because Kilty Man would rather not partake unless he can do it properly. So all the times I harassed him for being worried about holes in Ubu’s metal walls, or taking too long to research something before proceeding, or going without rather than compromising…well, I must apologize. Because it’s this very fastidiousness that helps me sleep easy at night, knowing my van’s wires are the right gauge for their loads, my solar panels are happily secured, my DEF fluid is full, and my bed frame is secure. 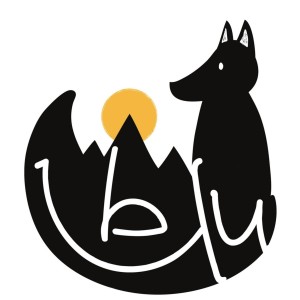 Meghan
Miner of hope • Lover of Kilty Man • Learning how to become my own home and soak in moments of joy
All Posts
PrevPreviousPlaying Dress Up
NextDownsizing: Part IINext